Vegan in Germany…just returning to the U.S. after a month, by Erika…

Ask an older generation German about veganism in Germany and you may think it is a hopeless topic. However, that is not at all the case. Here is what I observed! Every vegan or vegan-interested person I met was making the decision for ethical reasons. Being vegan in Germany means you are “pro-animal, pro-environment, pro-health, pro-justice, and pro-enjoyment.” The vegan movement has become more prominent in the media, as evidenced by iconic climate change (and vegan) activist Greta Thurnburg who is prominent in the Free Fridays Climate Change student movement in Europe, appearing on the recent cover of the popular mainstream publication Sueddeutsche Zeitung.

German grocery stores have a significant selection of vegan products. The word vegan is noticeable and used generously. The stores are marking products vegan even when not really necessary, on dried apricots for example. Vegan meats and cheeses are outstanding! One can guess that German companies knew their products had to be better than products from animals for them to be successful. The larger cities have many vegan restaurants, and in the smaller cities you will find several vegan options on most menus. Even at the traditional village Gasthauses I visited, there was at least one very tasty vegan option on the menu.

German traditions are firmly rooted in a food culture dominated by animal products, so it is understandable that this history and habits are a barrier to change. However, the German culture also has an incredible love and appreciation for animals and nature, so I am hopeful that this love and appreciation along with their innovative and hard-work ethic will result in a significant amount of Germans adapting to a vegan lifestyle in the not so far future.
: ) Erika 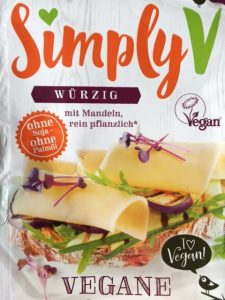 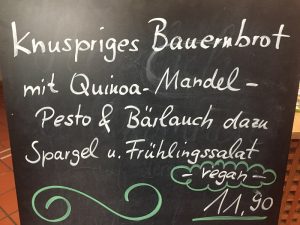 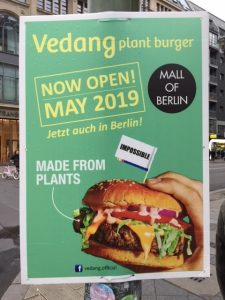 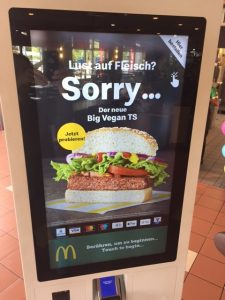 What is Veganic Farming?