GOOD NEWS- a bill that would have, in essence, promulgated the drinking of dairy milk has been pulled. The bill, AB 985, would have established a pilot program at some elementary schools to evaluate the impacts of whole or 2 percent milk consumption among pupils and would authorize a school participating in a pilot program to receive funds from public or private sources to implement the program.

Disturbing background on this bill is that it is authored by a Hispanic Assembly Member (District 30) in a district that includes a large number of people of color (Salinas, Soledad, Gilroy, etc). Additionally, this bill was sponsored by the CA Farm Bureau. No surprise there that they promoted the consumption of dairy milk.

Please contact Governor Gavin Newsom’s office to thank him for signing a package of bills in 2019 to help fight animal cruelty.
Go to: https://govapps.gov.ca.gov/gov40mail/

Following are some of the bills passed and signed by Newsom:
SB 313 by Senator Ben Hueso (D-San Diego) bans the use of bears, tigers, elephants, monkeys and other wild animals in circuses.
AB 1254 by Assemblymember Sydney Kamlager-Dove (D-Los Angeles) prohibits hunting, trapping or killing bobcats in California until 2025 at which point the state can issue limited licenses and implement a bobcat management plan that protects the species.
AB 128 by Assemblymember Todd Gloria (D-San Diego) protects California’s wild and domestic horses from slaughter.
AB 1260 by Assemblymember Brian Maienschein (D-San Diego) adds more types of animals – iguana, skink, caiman, hippopotamus, and three types of lizards – to the import and trade prohibition of dead animals and dead animal parts.

Kansas’ ag-gag law has been ruled unconstitutional after an animal rights lawsuit. Passed 30 years ago, it was the oldest law of its kind in the U.S. 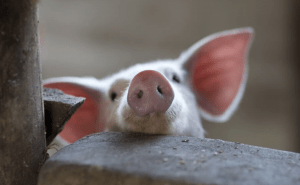 The oldest ag-gag law in the U.S. has been ruled unconstitutional.

The term “ag-gag” refers to laws that target whistleblowers of animal abuse within the farming industry. The laws aim to prevent undercover filming or photography of farm activity with the intent to do harm to the business.

Thirty-years-ago, Kansas introduced the first ag-gag law in the U.S. Now, according to Mercy For Animals, this law has been nearly completely “struck down” by the U.S. District Court for the District of Kansas. The court said it violated the First Amendment.

Inconceivable Only a Few Years Ago